When you officially pass your driving test you think all the learning is over and you're set for life! In reality, you still learn every day.

Here is a list of things your driving instructor doesn't teach you, whether it's how to be a courteous driver or how to avoid indirectly breaking the law.

1. How to deal with 'queue-jumpers' as lanes merge 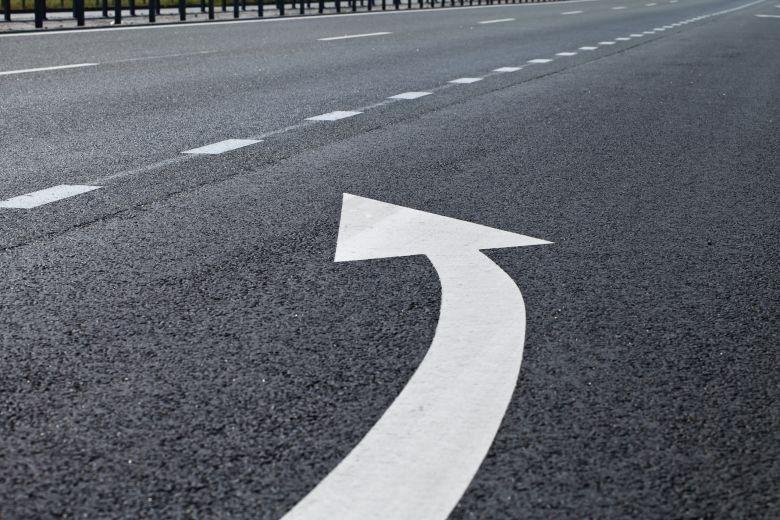 According to the law, so-called 'queue jumpers' are actually in the right. Zip merging is now more common than you might think to help ease congestion art traffic pinch points.

Drivers merging ahead of time are actually causing further tailbacks by choosing to merge as soon as possible. Motorists are supposed to use both lanes up until the point of lane closure, at which point they are supposed to take it in turns to merge into one lane, just like a zipper.

2. How to use your horn properly 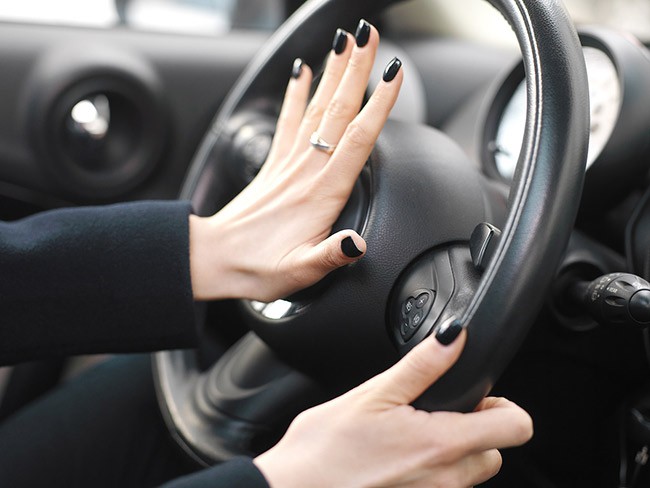 Using your horn should only ever be used to alert another driver of your presence and other road dangers. As in other places of the world such as New York, they're used a little differently.

Overly aggressive use of your horn can be considered hostile and could cause other road users to become agitated. Also, the Highway Code dictates that you're not allowed to use your horn between 23:30-07:00.

3. Switching the mode of your rear-view mirror 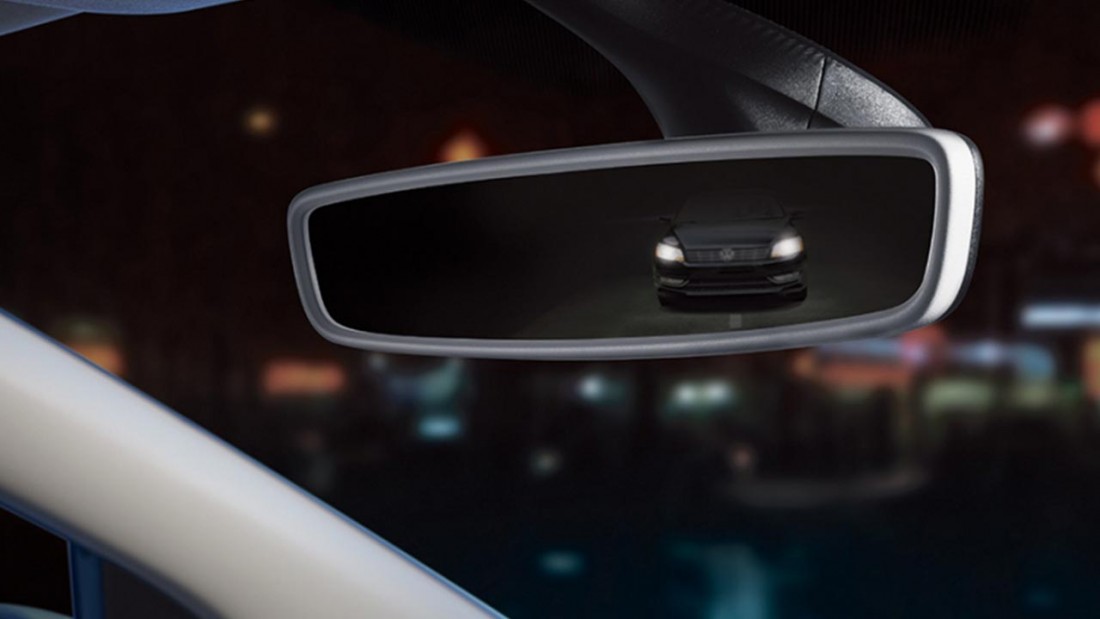 Ever wondered what that switch on the bottom of your rear-view mirror is? This is simply to switch from 'day mode' to 'night mode'.

Switching from day to night can help you deal with the challenge of driving in the dark as the reflection comes back dimmer. Therefore reducing the glare from the headlights behind you.

4. What 'Rubbernecking' is and why you shouldn't do it 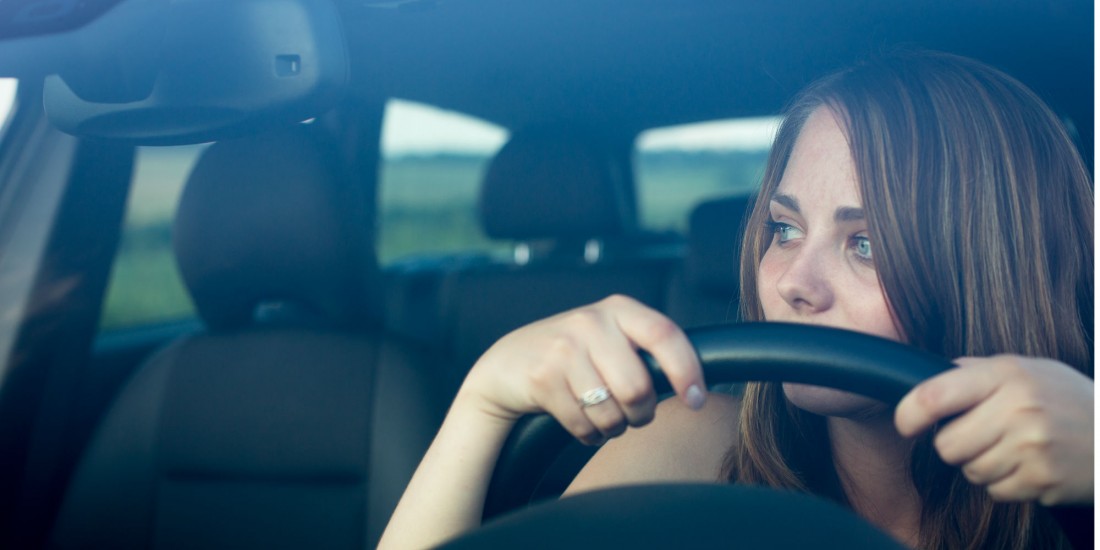 Slowing down to stare at an accident can build up traffic more than you realise, it's also incredibly insensitive to the victims involved.

If you're caught taking photos or filming the scene of a collision, you could also be prosecuted by the police, leaving you with a fine, having your phone seized and even hit with a driving ban.

5. How to navigate box junctions 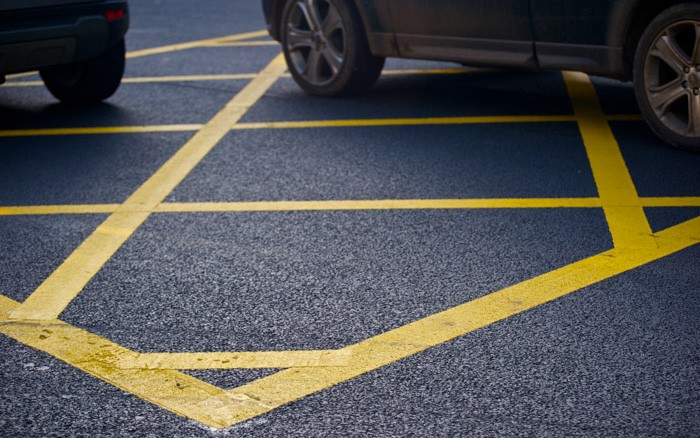 You're not allowed to stop in a box junction unless you're turning right and waiting for oncoming traffic to pass, which means you shouldn't enter the box unless your exit is clear. You will be fined for anything else.

It's not usually a good idea to try and guess whether or not the vehicle ahead will leave enough space for you to pass over the box junction fully, especially since you can't always see far enough ahead.

Always move off when you can see that there is already enough road exposed on the other side of the junction for your vehicle.

6. How to clear ice from your windscreen 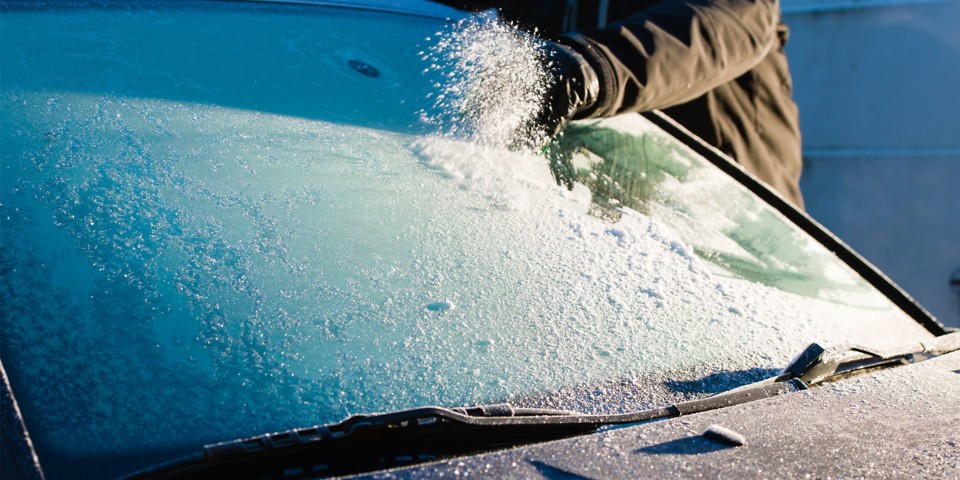 You must make sure you're clearing your entire windscreen before you drive away, that includes the inside too! Do not only clear just enough glass to see out of, this is called 'portholing'. You could get fined £60 if your vehicle is deemed to be in a 'dangerous condition and may even face three penalty points.

You must have full view of the road and traffic ahead by law, so make sure you have extra time to fully clear your screen and mirrors too before driving away.

7. How to use full beam headights 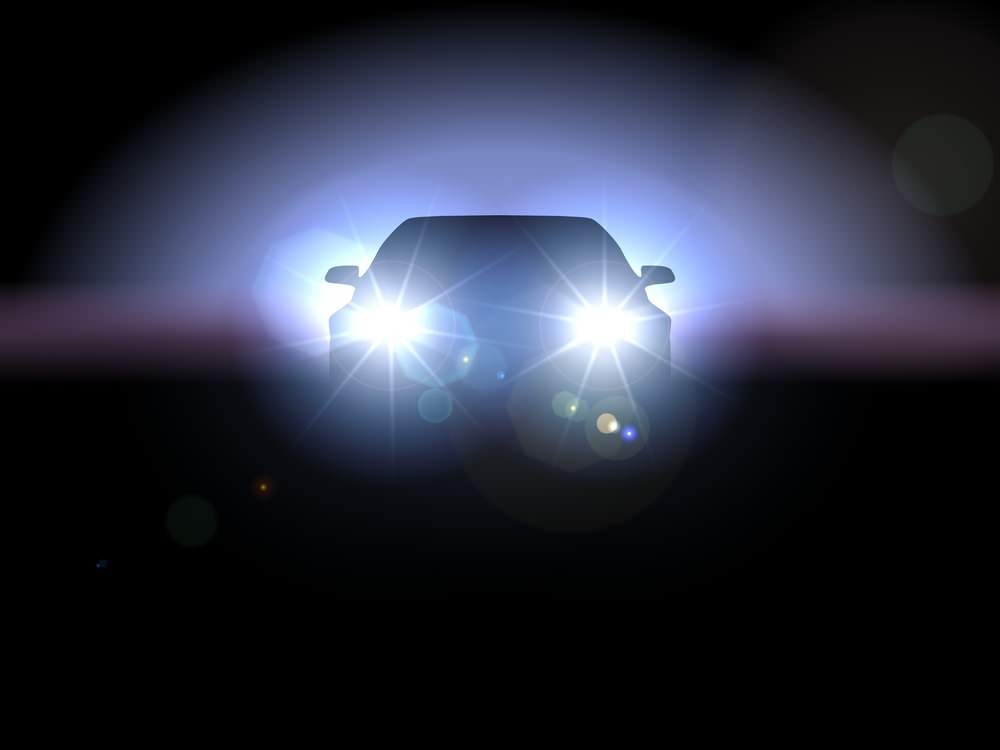 Full beam headlights are great if you spend a lot of time driving at night on dim lit or country roads. However, you should switch back to dipped beams as soon as another vehicle is on the road ahead so you do not dazzle them. If you blind them they may lose control of their vehicle.

8. Hogging the middle lane on motorways 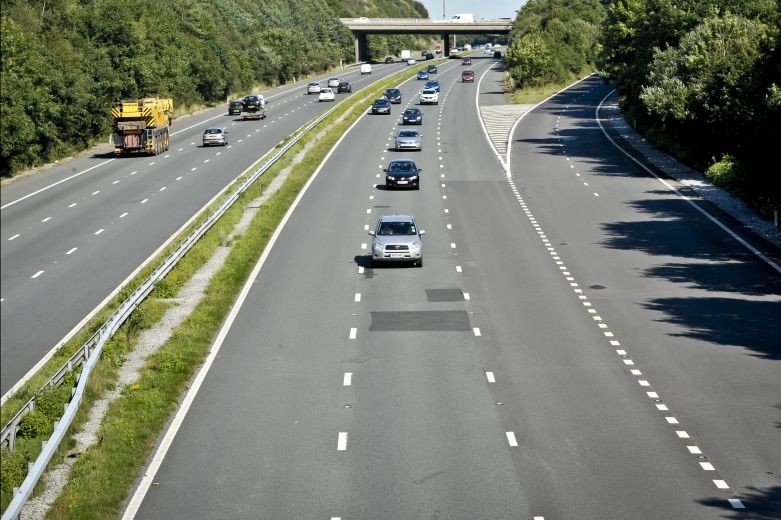 Middle lane hogging can be one of the most annoying driving habits, however, it is also a breach of the Highway Code which could land you a fine and penalty points.

It can also be classified as a careless driving offence, as it makes overtaking on the motorway harder and can see cars dangerously funnelled into the outside lane.

9. How to pass other cars on busy streets

You're driving down a busy street with a lot of cars parked on either side of the road. Another car is making its way towards you, what do you do? Where can you get out of the way? Do you push through first? How can you make your intentions clear?

We've all been there, it just means you're going to have to start assessing where you can safely pull in as neither of you has the right of way. There isn't any law or code that explains who moves where it simply depends on the road in question.

However, if you're driving on a gradient then the right of way should always go to the driver who is making his way uphill. It's harder to pull away safely when driving up an incline.

10.  Letting other cars into traffic 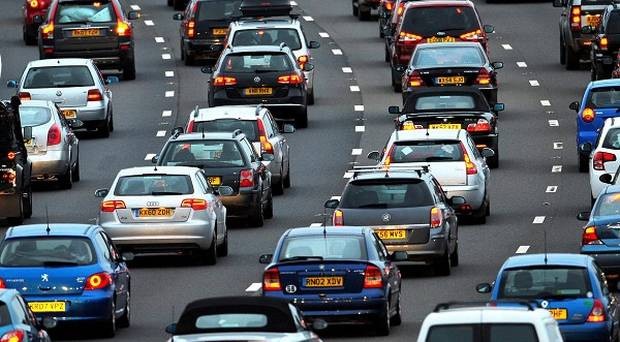 There's actually no law as to whether you should let another motorist enter the flow of traffic or not - it's simply a question of politeness.

Some people block other drivers from pulling out in front of them but in reality, letting one car in isn't going to affect your journey. If every driver lets one car in at busy junctions, the whole road network will move a lot easier.

It's all about reducing the potential for road rage, which will make the road a safer and happier place! 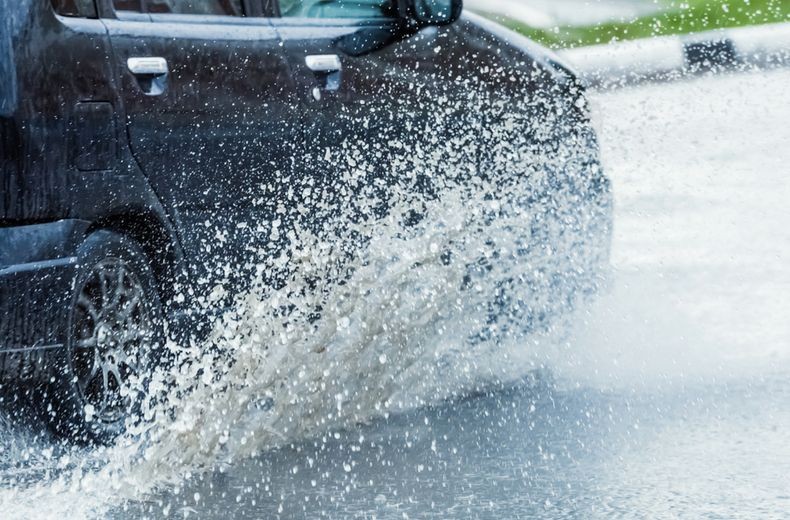 Splashing pedestrians can actually be a prosecutable offence. Drenching someone on the pavement as you drive through that puddle is deemed to be driving 'without reasonable consideration for other persons' under the Road Traffic Act 1998. You could land a fixed penalty notice of £100 and three points if you're seen by the police.

It's not nice being left on the roadside soaked in dirty rainwater, is it?

12. How to check your tyre pressure 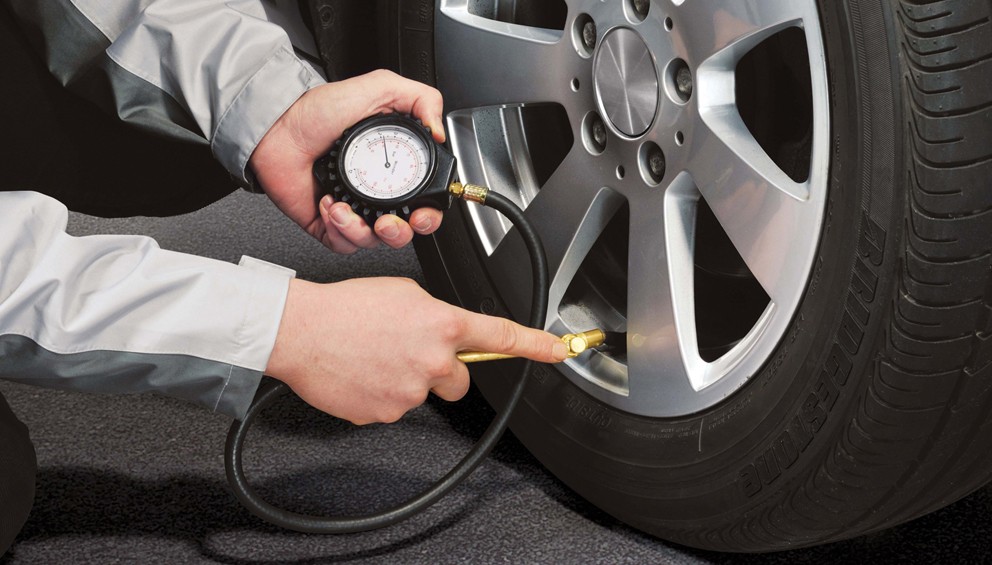 A lot of drivers don't realise that their tyres can be inflated without looking flat to the eye.

When tyres are not maintained properly they could possibly cause a blowout, leading to a collision. It could also mean paying out more in fuel costs too.

Make sure to check your tyre pressures when they are cold, so before you start driving. This means you will get the most accurate reading!