How To Control Your Car If You Skid

With some parts of the country affected by heavy rain in recent days, more predicted and snow already falling in some areas, the UK’s roads are becoming ever more treacherous for drivers as we head into winter.

While we can all take steps before we head off to make sure our cars are prepared, it’s still possible to get caught out by dodgy road conditions.

PREVENTION IS BETTER THAN CURE

Knowing how to handle a skid is great, avoiding getting into one in the first place is even better.

“The vast majority of skids come down to the driver,” explains Bill. “By properly concentrating drivers can reduce the chance of getting into difficulty in the first place.”

Bill’s mantra is OAP. That’s not driving like your granny but the three pillars of safer driving - observation, anticipation and planning.

By looking ahead you can spot potential hazards such as puddles or ice and adjust your driving or take evasive action in plenty of time.

And by keeping your speed down when conditions look dicey you lessen the chances of losing control in the first place and give yourself more time to react.

“Wheel grip changes every few metres, every corner can be different, especially at this time of year. So it’s important that you’re always alert to the road conditions,” he says.

Modern cars are loaded with technology designed to keep you safe. While all the acronyms might look confusing Bill insists it’s worth knowing what systems you car has and what they do.

Check the handbook to see if you’ve got anti-lock braking (ABS), traction control and electronic stability control (ESC). Each manufacturer has their own name and acronym for stability control so find out what yours is called. Knowing what systems are fitted and how they’re represented on the dashboard is important because the presence of stability control changes how you handle a skid.

Trusting the systems is important too. Says Bill: “These sensors are reading and transmitting data hundreds of times a second - far faster than a human can process them.” 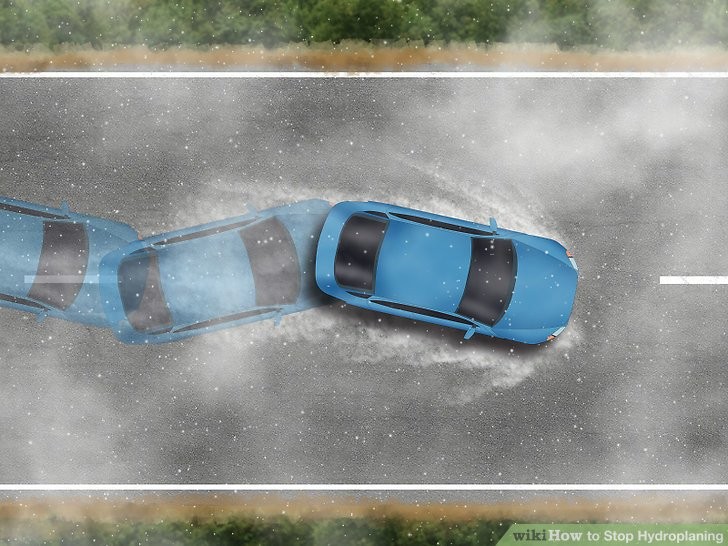 So assuming the worst has happened, you’ve hit a patch of snow or ice and the system hasn’t been able catch car before it starts to slide, what do you do?

Firstly, don’t panic. Staying smooth is as important in a skid as it is to avoiding one. Says Richard Gladman: “All steering and braking inputs must be as gentle as possible in icy conditions.”

That being said, it’s important to react quickly and decisively.

“First thing to do is press the clutch – it cuts the power instantly – and come off the accelerator,” says Bill.

What you mustn’t do is jump on the brake. In a classroom that sounds like a simple theory but out there on the skid pan I still found myself aiming for that middle pedal. Inevitably, I ended up pointing the wrong way. Fine in the safe confines of the skid pan, potentially devastating on the road.

Bill explains: “For some people that’s the hardest thing in the world. You want to be stopping but all you’re doing is sliding more and unbalancing the car.”

The next step depends on both which wheels are skidding and what driver aids the car has.

In a front-wheel skid, where your car’s nose is sliding wide, the advice used to be to steer into the skid. However, with modern ESC systems Bill and the IAM’s Richard both recommend holding your steering position.

Bill explains: “With ESC, if it senses the front wheel skidding it will instantly brake the inside rear tyre, which will pull the nose of the car back round in the right direction. So in a car with ESC keep steering normally.” 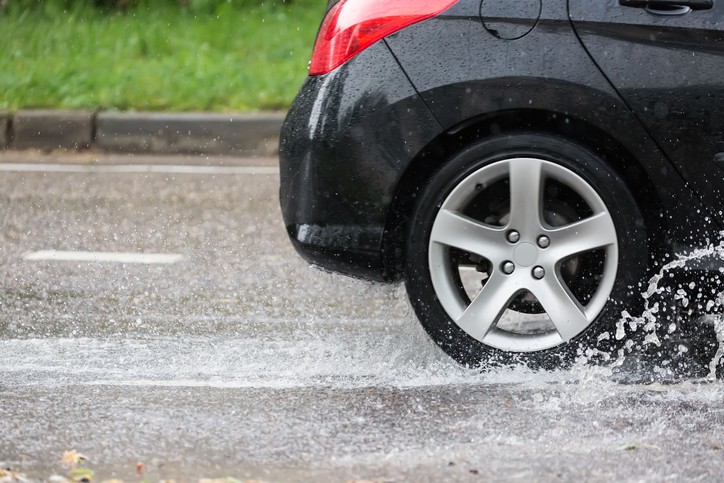